Kamol Cosmetic Hospital was founded by Dr. Kamol Pansritum and is now the world class Aesthetic Surgery Center in Bangkok. It was opened in downtown Bangkok in 2009 and became the first hospital in Thailand that was dedicated entirely to all facets of cosmetic surgery. The artfully designed hospital uses highly advanced medical technology and equipment from Germany and has highly skilled, experienced and artistically developed surgeons.

The patients can choose between comfortable and luxurious private rooms or apartments. The patients can also use a kitchen area, lounge, laundry machines, video and book library, and a business center (fax, computer, copies). There are several restaurants, businesses, banks and shops in the area.

Accreditations are awarded to outstanding hospitals or clinics based on a set of high quality standards consistently met.

Number of rooms: –
Years in business: 8

Nurses I had were just fantastic.

My experience, my time having the most important surgery of my Life journey being from the moment I arrived at Kamol Hospital, meeting with the staff, who were friendly warmhearted and most of all helpful.expand

Having my SRS surgery I was blessed with the results that were achieved, and performed. I’m truly blessed. My support from the Nurses I had were just fantastic. My inner peace levels are finally happy. I hope to see the staff again soon.

Dear Dr. Kamol, Aom and Staff, I’m very happy of my choice, and I’m sure it was the best one!!expand

I’ve been waiting this opportunity for all my life. I’d like to let you know that I don’t see Dr. Kamol, Aom and staff just like professionals, but a lot more than this!! I see them like angels giving us the life, the freedom, and giving us the chance to enjoy a full life, and making our dream come true!!
Dr.Kamol, Aom and staff. Now I can feel myself as a complete woman and I’m sure that I could never have better care anywhere else! I’ll be eternally grateful to each one of you, and I’ll hold forever on my mind the greatest moments I’ve been lived in Thailand, for all friends I won, and for my new life!!
I’m very happy, I’ve born again for a new life, and now I can feel myself inside my body.

Not only was Bangkok amazing, but so were Dr. K and his staff.

I am from the US. My oldest daughter and I just recently returned from Bangkok after having SRS surgery with Dr. K.expand

Not only was Bangkok amazing, but so were Dr. K and his staff. I am a RN so I was skeptical at first that the level of care, cleanliness and professionalism would meet the standards that I was used to.
Well, not only did the standards meet my expectations, they exceeded them. The clinic was far cleaner than any hospital or clinic that I had ever been in. The staff were top notch and very professional. My nurse, Lin was one of the most competent nurses that I have ever met.
Dr. K. is an extremely busy surgeon but still made time to answer my questions, see me and reassure me about the progress that I was making.There were people from all over the world there for medical care and I never heard anyone make a bad comment about the care that they were receiving.
Additionally, it was amazing to be exposed to so many people from other cultures and to listen to their stories. My eldest daughter who was with me didn’t want to come home! She was so happy there that she wanted to live there. I felt like it was a great experience for her, she matured so much while we were there and the exposure to other cultures will be invaluable to her development as a person.
I can’t recommend using Dr. K. and his staff for your medical needs enough. All I can say is that I had first class service, made lifetime friends and came closer to my daughter, all in one unforgettable experience. The doctor and staff will always remain in a very special place in my heart and I wish them the best!

Dr Kamol has the hands of an ANGEL.

My Dr here in the US asked me to drop in and see him after I got back from Thailand so today was the day I went to see him.expand

First, he did all the things he normally does like take my weight which was down 11 Lbs woo hoo for me, blood pressure, heart and all that stuff.
Then into the room came two nurses I knew and my Dr and they asked if there was anything else I wanted while I was there. “Mmmm I have a stitch I was worried about could my Dr take a look. And without further ado there was a prepped bed, stirrups, light, and extraction kit.
They all wanted to see what Dr Kamol’s work was like and here is what was said word for word My Dr “I am so surprised you are so healed up already” followed by ” if I did not know you Sara you could have easily fooled me for a while” Head nurse said “it looks so natural, as good as the natural ones I see every day and better than most”
OMG he showed me what my clit looks like wow and dang, when that thing is out of the hood it is so sensitive omg. I was walking hunched for 10 minutes after that exam.
One thing I have to say is that Dr Kamol has the respect of many of my medical and surgeon friends here in America as he is an artist at what he does. I have told them all I believe Dr Kamol has the hands of an ANGEL.
My Dr Then told me it appeared that the stitches were dissolving and he did not want to cut it out but rather let it fall out as it was intended.

Know how very happy I am with my surgical results.

Hello P’ Aom, I met someone new recently…this person has begun their transition and asked about Dr. K.expand

I referred her to your site and have begun sharing information about my new life. Anyway, I looked at the site and saw the testimonial page…I was so pleased to see the picture of a group and realize I was in the picture.
I want Dr. Kamol and you to know how very happy that I am with my surgical results. I’m attaching a recent picture…I’ve changed a lot. I hope that my fellow Americans would realize the high level of care that I received from the moment I was met at the airport until my release and trip home.

I could not be happier.

Dr Kamol initially consulted with me on my desire for breast augmentation. He offered a number of sizes of implant and we settled on 500cc, which he recommended and I find are absolutely perfect for me.expand

He explained the surgery and the implant type. The surgery was scheduled for the same week. I am very happy with the positioning and size of the implants and the minimal scars under the armpit and the care given during the surgery and recovery.
I have had full Facial Feminisation, Breast Augmentation, Liposuction and Sigmoid Colon Vaginoplasty Labiaplasty and Fat Graft with Dr Kamol. I could not be happier with the results which are just beautiful. Thank you Dr Kamol.

All the staff very cooperative.

When i planning to come to Kamol Cosmetic Hospital.expand

I have lots of inquiries regarding my surgery but when i was here i feel that I’m next to my home. All the staff very cooperative, especially DR.KAMOL is very good i feel I’m with safe person and safe hand. lovely experience lovely people Thanks for all.

I got Sex Reassignment Surgery (SRS) and breast augmentation operation in this hospital in 2017.expand

As I’m Japanese and came to Thailand alone, I was so nervous and felt anxiety at the first time. But soon I became relax thanks to staff’s hospitality.
Of course cosmetic operation was quite reliable thanks Dr. Kamol. However I couldn’t compare any other hospital regarding as this operation, postoperative course was extremely well and I could start normal life.
Good food, good facility, kind staff, charismatic doctor…, I wanna thank to everything about this hospital.

All the staff are very professional, kind and helpful.

My Whole experience with Kamol hospital was fantastic from when I was collected from my hotel by the hospital to when they dropped me off at the airport.expand

All the staff are very professional, kind and helpful. Always happy to answer the millions of questions i had. Sorry Pichet.
The hospital is located in town in town which is an upcoming area and has loads of options for eating out weather it be fast food, restaurant or grabbing something from the supermarket to have in your room.
If you don’t feel like heading out the amazing Bruce who manages the service apartments on the 7th floor will pick up food from restaurants on your behalf.
I have to mention a local gem which is a little cafe called love love. The food is really tasty and cheap.
Dr Kamol I found a bit quiet but his surgical skills are top notch. I’m not completely healed, 6 weeks post-op, at the time of writing this but very happy with how everything looks and feels.

These are the closest and best hotels near to the hospital. 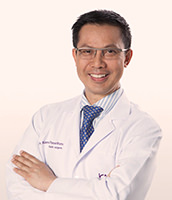 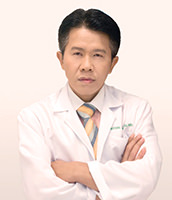 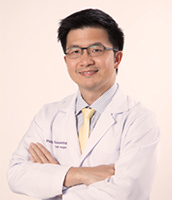 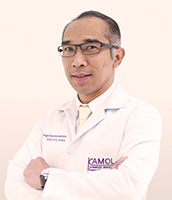 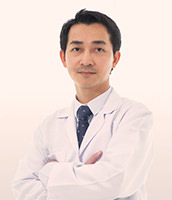 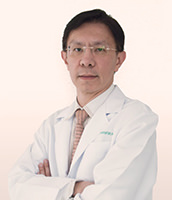 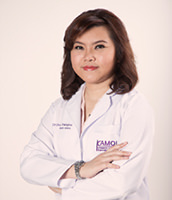 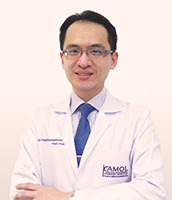 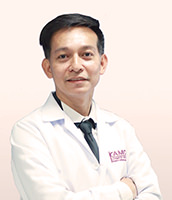 Dr.Kamol Pansritum is Board Certified in general surgery and plastic surgery. He graduated from Chulalongkorn Medical School in Bangkok, Thailand. He is recognized and respected throughout the medical community as one of the most experienced surgeons working in gender reassignment surgery; male to female and female to male sex transitions and face feminization, He also specializes in mastectomies as well as other cosmetic surgeries.

Dr.Wichai is a plastic surgeon. He learned and worked together with Dr. Kamol for more than 10 years. He learned the know-how and surgical techniques from Dr. Kamol. He is specialized in cosmetic and sex reassignment surgery.

Dr. Parin Tatsanavivat is specialized in Rhinoplasty Laser Surgery and Micro-Surgery. He has a lot of experience in head, neck and facial surgery.

Dr. Akaradech is passionate in Face Modifying Surgery, and has trained with Dr. Kamol for many years. He has performed more than 100 face surgery cases. He is one of Micro-surgery surgeon team.

Dr.Danai Meekaekunchorn is a highly experienced and skilled general surgeon, specialized in the advancement of colon graft for Male to Female Sex Reassignment Surgery team.

Dr. Paisit Bunsiripaiboon is a Plastic Surgeon at Kamol Hospital.

Dr. Theera Yangyuen is a plastic surgeon at Kamol Hospital.

Get a personalized quote for free